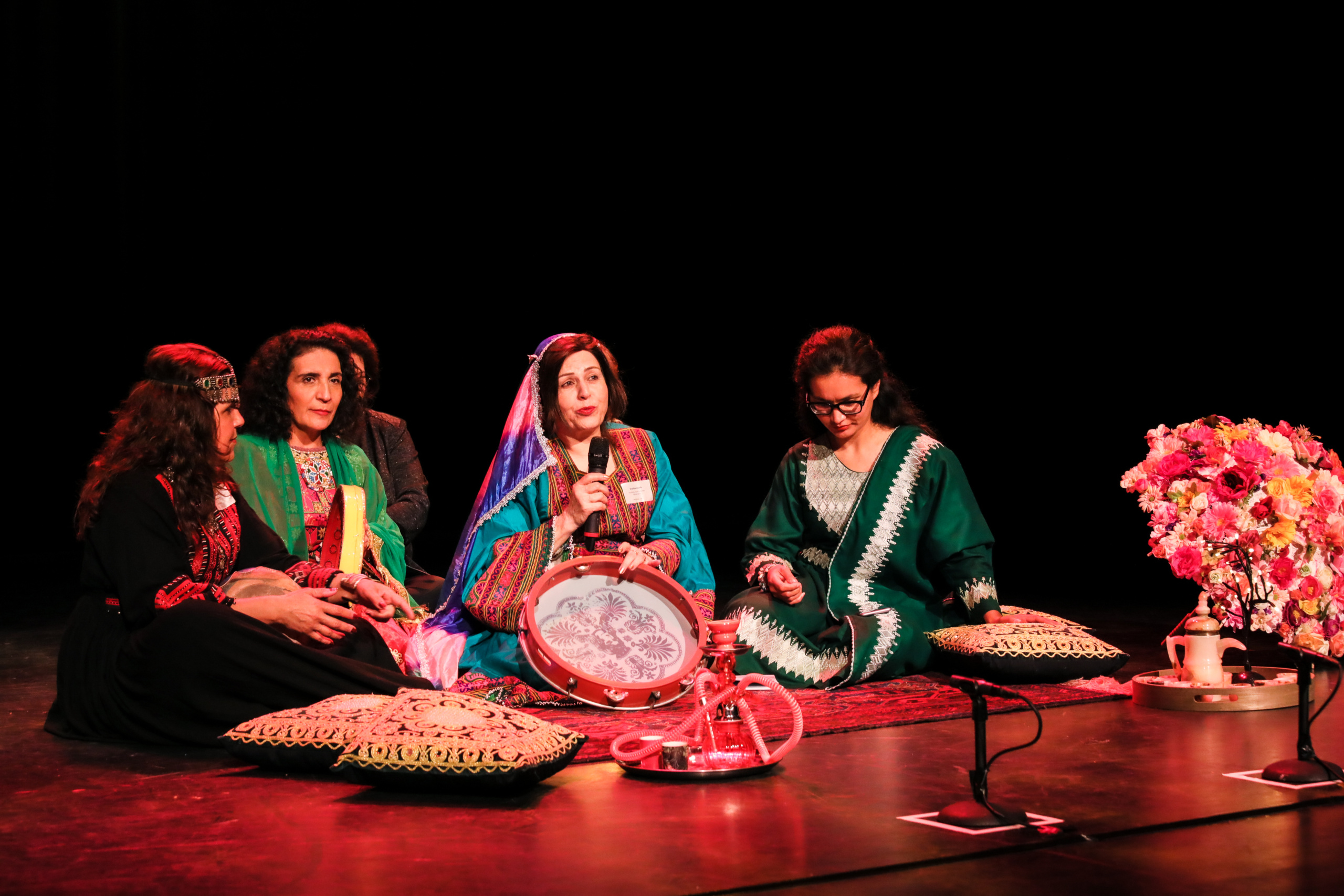 Invisible Stories
The conference was led by Shantie Jagmohansingh, Senior Policy Advisor Domestic/Sexual Violence; Municipality of Rotterdam who emphasized the importance of making the stories of girls and women visible. In this regard Jagmohansingh stated the following:

”When it comes to harmful traditional practices and refugee women, it’s very much about invisible stories. Because the women themselves are of course not invisible, but we do not always have an eye for the ways in which they struggle with taboos and problems. Voice of All Women does have this.”

History and methodology Voice of All Women

After the introduction, Jagmohansingh spoke to the founder, Jamilla Talla, and director, Tahmina Ashraf-Bashir, of the Voice of All Women foundation about the history of the foundation. Talla explained that the work initially took place largely on an informal and voluntary basis. She furthermore explained that from the start, the work was aimed at opening up taboo topics for discussion, taking women out of isolation and helping women to participate in society. After years of work, the organization under the leadership of Ashraf-Bashir has started with professionalization. Regarding the professionalization of the foundation Ashraf-Bashir explained: ”We are now in a different phase”. When asked about the collaboration as mother and daughter, the director said the following:

”I really enjoy working with my mother. I understand her very well.” and “I see her as a phenomenon.”

Music performance
In addition, the methodology of the foundation was discussed. An important part of the method of the Voice of All Women foundation is popular education. To illustrate this working method, a performance was held by key figures and experts by experience who played two songs about taboo subjects on the basis of a daira, an Afghan musical instrument.

Collaboration Voice of All Women and Pharos

Workshops
During the conference, a number of workshops took place on various topics, such as the importance of a diversity-sensitive approach, from theory to practice: how to apply the VOAW methodology in practice and about the roles and functions of grassroots organisations. Furthermore, a workshop on sexual and gender-based violence took place in which key figures and experts shared their stories.

In conversation with key figures and professionals

At the end of the conference a short conversation took place with a number of key figures, experts and professionals about the methodology of VOAW and what this methodology has meant for them. One of the experts explained that refugee women experience a lot of fear when they first arrive to a new country and that they do not dare to share anything. The meetings help to gain the confidence of the women. Maryem Mansouri, policy advisor for the Municipality of Rotterdam, explained that VOAW’s methodology appealed to her from the start because of the low threshold and the groups that are reached through this methodology.

Method description Making SGGG a topic for discussion among refugee women
The methodology description that was presented during the SGGG conference is intended for organisations, individual professionals and/or volunteers who want to discuss sexual and gender-based violence with women with a refugee background. In this way, VOAW and Pharos also hope to be able to support women outside of Rotterdam.